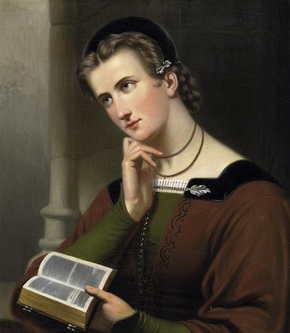 When Emperor Constantine “assisted” Christian bishops in their burial of the dead Body of Christ at Nicea in 325 CE, doing for the Church what Joseph of Arimathea and Nicodemus did for the earthly body of Christ Jesus when these two took Jesus’ body off the cross and laid it in the Garden Tomb, approximately 300 (of 1800) Christian bishops approved the Emperor’s “suggestion” that the Passover should be abandoned in favor of a new day and a new ceremony commemorating the resurrection of Christ Jesus—and with these bishops, all enjoying the hospitality of the Emperor, abandoning Moses, abandoning Jesus, the basis of today’s Christian orthodoxy came into existence. And the need to restore the primitive faith became an endtime imperative.

It is not enough to simply get behind the Council of Nicea and return to the Christianity of the 3rd-Century or even to the Christianity of the 2nd-Century; for as the earthly body of Jesus died about the 9th-hour [3:00 pm] but was not buried until just before the 12th-hour [6:00 pm], the spiritual Body of Christ died on or about the end of the 1st-Century (ca 100–102 CE) and wasn’t buried until the 4th-Century (ca 325 CE). Therefore the battle for control of Christian orthodoxy [right belief] that was mostly fought in the 2nd-Century was a battle between the spiritually dead.

The battle for control of Christianity orthodoxy—fought with clergy, creed, and canon—did so much damage to the Corpse of Christianity (was true mutilation of the dead) that nearly every aspect of Christianity has to be rediscovered and reinstituted; hence, the need for reestablishment of Christian Basics, even when these Basics cannot be recovered historically.

In John’s Gospel, the resurrected Jesus “breathed” on ten of His first disciples and said, “‘Receive spirit holy. If you forgive the sins of any, they are forgiven them; if you withhold forgiveness from any, it is withheld’” (Jon 20:22–23).

Blessed are you, Simon Bar-Jonah! For flesh and blood has not revealed this to you, but my Father who is in heaven. And I tell you, you are [Petros], and on this [petra] I will build my church, and the gates of hell shall not prevail against it. I will give you the keys of the kingdom of heaven, and whatever you bind on earth shall be bound in heaven, and whatever you loose on earth shall be loosed in heaven." (Matt 16:17–19)

Jesus knew that Peter/Simon was not the son of Jonah [aspiration occurring behind the nasal consonant], but the son of John (see John 1:42, 21:15–7), a name that has aspiration occurring in front of the nasal consonant; thus, in Matthew’s Jesus misidentifying the father of Peter, morphing <John> into <Jonah>, Jesus metaphorically tells His disciples that He will build His church on the movement from physical breath breathed in through the nose to spiritual breath received about where a whale’s blowhole would be located, the spiritual explication of the sign of Jonah. But for our purposes here, it is the remainder of what Matthew’s Jesus says that has significance; for with receipt of spiritual breath, whatever born of spirit disciples bind on earth will be bound on heaven. Without being truly born of spirit and having the indwelling of Christ Jesus thereby having the mind of Christ (1 Cor 2:16), the human person has no authority to bind or to loose anything, and certainly doesn’t have the authority to forgive sins.

Constantine’s lap dog bishops had no authority, no cause to abandon the Passover.

From links listed on this page, a person can locally reestablish a fully functioning Christian fellowship.